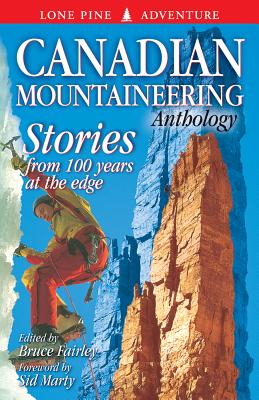 Sixty-three pieces range from Conrad Kain's classic account of the first ascent of Mount Robson to Sharon Wood's thoughts on her experience as the first North American woman to reach the summit of Mount Everest. Early explorers and modern daredevils, exhilarating achievements and deadly accidents provide a testament to extraordinary places and personalities.
View More... 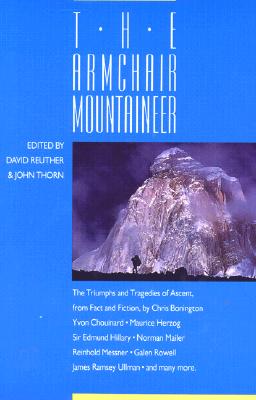 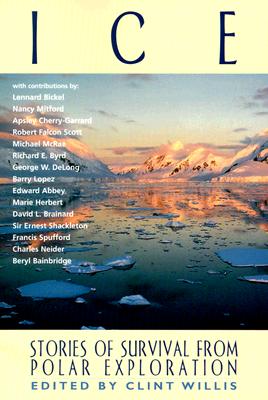 Ordeal by Ice: The Search for the Northwest Passage (Top of the World Trilogy, Vol 1) 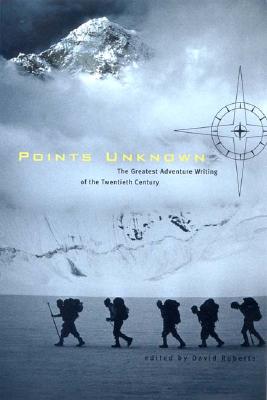 Points Unknown: The Greatest Adventure Writing of the Twentieth Century (Outside Books)

From Robert Falcon Scott's final journal entry to Jon Krakauer's reckless solo climb of the Devil's Thumb, David Roberts and the editors of Outside have gathered the most enduring adventure literature of the century into one heart-stopping volume. A frigid winter ascent of Mount McKinley; the vastness of Arabia's Empty Quarter; the impossibly thin air at Everest's summit; the deadly black pressure of an underwater cave; a desperate escape through a Norwegian winter these and thirty-six other stories recount the minutes, hours, and days of lives pushed to the brink. But there is more to adventu...
View More... 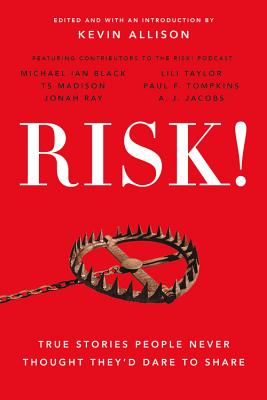 A "fascinating" (MetroSource) collection of uncensored, confessional, and at times outrageously funny essays about coming of age, coming out, and the wildest experiences that define us. Collecting the most celebrated stories from the hit podcast RISK , along with all-new true tales about explosive secrets and off-the-wall adventures, this book paints a spellbinding portrait of the transformational moments we experience in life but rarely talk about. No topics are off-limits in RISK , no memories too revealing to share. From accidentally harboring a teen fugitive...
View More... 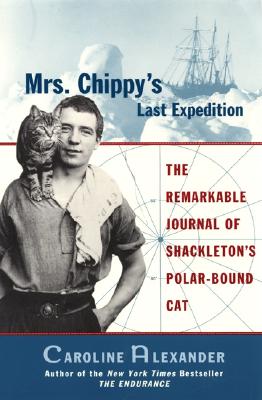 The carpenter has a very fine cat who is known as "Mrs. Chippie..".
-- from the diary of Commander F. A. Worsley, captain of Shackleton's Endurance

When Sir Ernest Shackleton's ship Endurance became trapped in the Antarctic ice, all twenty-nine members of the crew were pushed to their limits of survival, including Mrs. Chippy, the ship's estimable cat. Fortunately for posterity, Mrs. Chippy left a diary of the ordeal.

Closely based on the true events of Shackleton's heroic journey, and illustrated with authentic photographs taken by Frank Hurley, expedition photo...
View More... 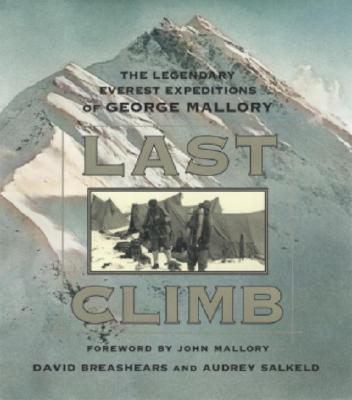 Describes Mallory's final expedition to Mount Everest in 1924, the mystery surrounding his disappearance, and the discovery of his remains in 1999.
View More... 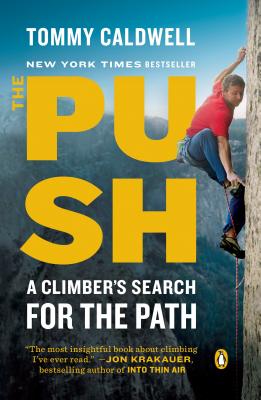 The Push: A Climber's Search for the Path

A New York Times Bestseller A dramatic, inspiring memoir by legendary rock climber Tommy Caldwell, the first person to free climb the Dawn Wall of Yosemite's El Capitan "The rarest of adventure reads: it thrills with colorful details of courage and perseverance but it enriches readers with an absolutely captivating glimpse into how a simple yet unwavering resolve can turn adversity into reward." --The Denver Post

A finalist for the Boardman Tasker Award for Mountain Literature On January 14, 2015, Tommy Caldwell, along with his partner, Kevin Jor...
View More... 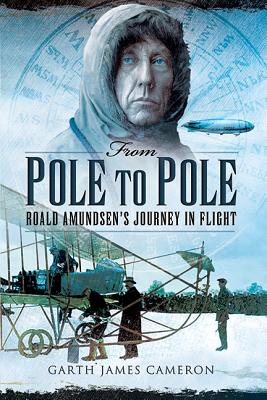 From Pole to Pole: Roald Amundsen?s Journey in Flight

Roald Amundsen was the most successful polar explorer of his era using sledges, dogs, skis, and ships. He is mainly remembered for being the first man to reach the South Pole on December 14, 1911. What is less often remembered is that he was also the first man to reach the North Pole on May 12, 1926 as the leader of the Amundsen-Ellsworth-Nobile expedition in the airship Norge. His involvement in aviation from his experiments with man-lifting kites in 1909 to his death in 1928 while flying from Norway to Spitsbergen has not been the subject of a detailed study until now. From Pol...
View More... 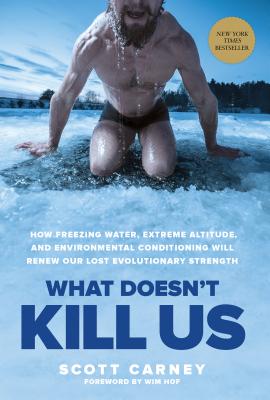 What Doesn't Kill Us: How Freezing Water, Extreme Altitude and Environmental Conditioning Will Renew Our Lost Evolutionary Strength

What Doesn't Kill Us, a New York Times bestseller, traces our evolutionary journey back to a time when survival depended on how well we adapted to the environment around us. Our ancestors crossed deserts, mountains, and oceans without even a whisper of what anyone today might consider modern technology. Those feats of endurance now seem impossible in an age where we take comfort for granted. But what if we could regain some of our lost evolutionary strength by simulating the environmental conditions of our ancestors? Investigative journalist and anthropologist Scot...
View More... 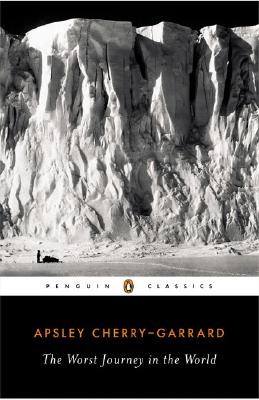 The Worst Journey in the World (Penguin Classics)

A firsthand account of Scott's disastrous Antarctic expedition The Worst Journey in the World recounts Robert Falcon Scott's ill-fated expedition to the South Pole. Apsley Cherry-Garrard--the youngest member of Scott's team and one of three men to make and survive the notorious Winter Journey--draws on his firsthand experiences as well as the diaries of his compatriots to create a stirring and detailed account of Scott's legendary expedition. Cherry himself would be among the search party that discovered the corpses of Scott and his men, who had long since perished from starv...
View More... 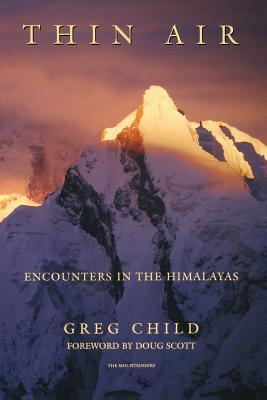 Thin Air : Encounters in the Himalayas

* This classic established Child as one of the great mountaineering writers of our time
* Describes Child's apprenticeship to such climbing legends as Doug Scott, Don Whillans, and Alan Rouse
* Written with a keen eye for detail, a firm sense of drama and, of course, wit Climbing a Himalayan peak was the stuff of Greg Child's wildest dreams. Then in the late 1970s came a surprise berth on an expedition that was to define his career as a high-altitude mountaineer and transform him personally. A chronicle of his apprenticeship, Thin Air established Child as one of the gr...
View More... 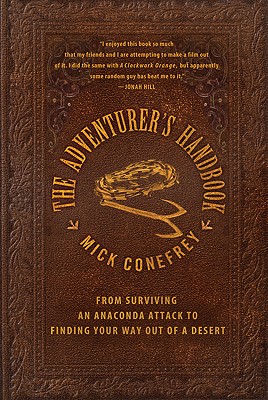 The Adventurer's Handbook: From Surviving an Anaconda Attack to Finding Your Way Out of a Desert

What makes a good explorer? Adaptability, ambition, stamina, self-confidence, curiosity, optimism, authority-and fund-raising ability. Though few of us will ever have to face a charging elephant, or survive solely on penguin stew, when it comes to project management, crisis aversion, or any number of everyday problems, there is much we can learn from the larger-than-life tales of the world's most famous adventurers. Here, award-winning documentarian Mick Conefrey pulls practical advice from their original diaries and logs, like how to survive an anaconda attack (wait until it has swallowed you...
View More... 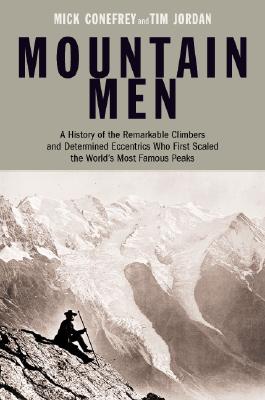 Mountain Men: A History Of The Remarkable Climbers And Determined Eccentrics Who First Scaled The World's Most Famous Peaks

Imagine a world without IMAX or Gore-tex, before North Face, a world without mobile phones or high-altitude Internet links, super-light hiking boots and polyamide fleece. Imagine a time when the Alps were as remote as the Himalayas and the Himalayas as remote as the moon. Traversing a century of climbing that began with the Victorian enthusiasts and ended with the conquest of the great Himalayan peaks, Mick Conefrey and Tim Jordan take us back to that (not-so-distant) world to tell the stories of the extraordinary men who were the first to climb the world's best-known mountains---the Matterhor...
View More... 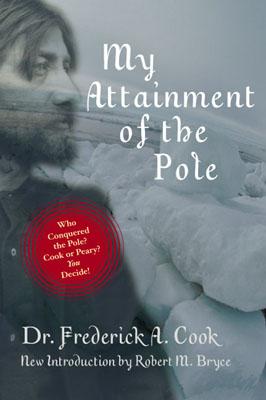 My Attainment of the Pole : Being the Record of the Expedition That First Reached the Boreal Center, 1907-1909. With the Final Summary of the Polar Controversy

The subzero temperatures were only one of the dangers explorer Frederick Cook (1865-1940) faced in his attempts to reach the North Pole. During his extraordinary and harrowing journey, he fought off arctic wolves and polar bears, lived through ice storms, almost starved on several occasions, and faced long and lonely hours of isolation. His book relates how he learned from Eskimos how to survive in the Arctic, hunting musk ox to survive, harpooning walruses, and traveling by dog sled. After his journey, he defended himself against the charges of fellow explorer Robert Peary, who claimed that C...
View More... 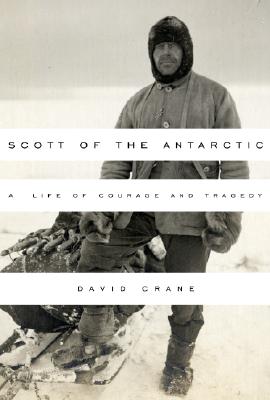 Scott of the Antarctic: A Life of Courage and Tragedy

A richly illuminating biography of Robert Falcon Scott, and the first to transcend the myths that have taken root in the story of his life.
Since Scott's death in 1912, he has been the subject of innumerable books--some declaring him a hero, others dismissing him as an irresponsible fool. But in all the pages that have been written about him, the man behind the legend has been forgotten or distorted beyond all recognition. Now, with full access to all family papers and to the voluminous diaries and records of key participants in the Antarctic expeditions, and with the inclusion in the book...
View More... 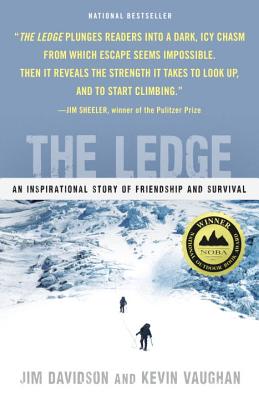 The Ledge: An Inspirational Story of Friendship and Survival

NEW YORK TIMES BESTSELLER - "The authors bring extreme climbing to life. . . . Perhaps no author can rationalize why some choose to risk their lives . . . for the thrill of conquering a mountain. The Ledge comes perilously close and tells a ripping true story at the same time."--The Denver Post In June 1992, best friends Jim Davidson and Mike Price stood atop Washington's Mount Rainier, celebrating what they hoped would be the first of many milestones in their lives as passionate mountaineers. Then their triumph turned tragic when a cave-in plunged them deep in...
View More... 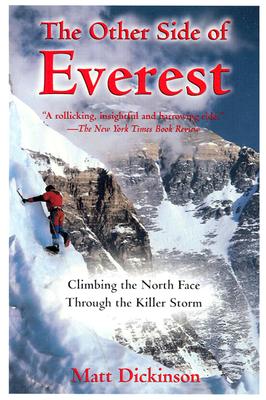 The Other Side of Everest: Climbing the North Face Through the Killer Storm